Android and iOS pretty much dominate the smartphone space these days, although there are still an awful lot of BlackBerry handsets in the wild, and Microsoft is pushing its Windows Phone 8 platform pretty hard.

But in 2013 we’ll see a few new players enter the market. It’s not clear whether they’ll make much of a dent in the market, but they’ll present some interesting alternatives to the software that makes phones smart today. 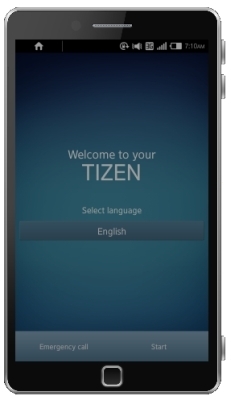 A group of companies including Samsung and Intel have been backing an open source project called Tizen which is designed to run on phones, tablets, netbooks, and other devices.

Tizen rose out of the ashes of the MeeGo Linux operating system, with the primary backers of that project moving on to a new OS that places a heavy emphasis on HTML5 and other web technologies, which means developers can write apps for the platform using the same tools they’d use for creating web apps.

Samsung is the world’s top phone maker at the moment, largely due to success of the company’s Android devices. But that means Samsung relies pretty heavily on Google right now — and the company has been working for years to develop a smartphone OS that it has more control over.

Samsung’s Bada OS actually has more market share than you’d expect… in some regions. But investing in the Tizen platform makes a lot of sense, since it has the potential to become a bit more of a standard — and its emphasis on web technologies could make it an attractive target for app developers.

Earlier this year Samsung started providing Tizen developer phones to potential developers. Now the company is reportedly working with NTT DoCoMo on a phone which could launch in Japan in 2013.

Update: Samsung has confirmed to Bloomberg that it will release several Tizen devices in 2013.

If Tizen is the operating system that came after MeeGo, Sailfish is the OS that aims to keep MeeGo alive.

Intel’s biggest partner in the MeeGo was Nokia, but the Finnish phone maker pretty much pulled the plug on the project when Nokia instead partnered with Microsoft to release new phones running Windows Phone software.

Some former Nokia folks weren’t happy to see MeeGo die though, and they formed Jolla, a company that’s picking up where Intel and Nokia left off and developing a MeeGo-based smartphone operating system called Sailfish.

The new operating system has a custom user interface which seems to take some of the best elements of Android (such as widgets and multi-tasking, but which adds an entirely new gesture-based navigation,  and many customization options.

Engadget recently got a chance to check out a pre-release version of Sailfish, which you can check out in this video:

We should see the first full version of Sailfish in early 2013.

One thing that could help Sailfish gain traction is that it will support some Google Android apps… which should make up for a problem many new operating systems face at launch: limited availability of software that actually runs on the platform.

Mozilla has been offering a mobile version of its Firefox web browser for Android phones and tablets for a while. But the developers are also working on a smartphone operating system based on Firefox. 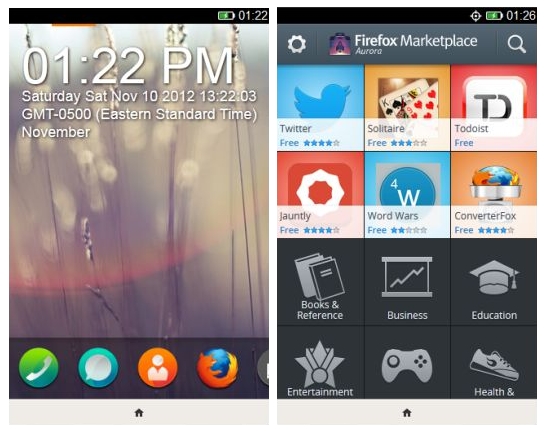 It’s called Firefox OS, and the first handsets running the software are expected to launch in Brazil, and possibly other countries as well in early 2013.

Like Tizen, Firefox OS places an emphasis on web technologies. In fact, pretty much every app designed for the operating system will be a web app — even the dialer and other basic features are pretty much just web pages.

You can even test-drive a pre-release version of Firefox OS simply by installing a browser extension in the Firefox web browser on your desktop or notebook computer.

Under the hood, Firefox OS is based on Android, but unlike Sailfish, you won’t be able to run Android apps on Firefox phones. Instead, you’ll be able to install web apps from the Firefox Marketplace.