Samsung has a tendency to take a shotgun approach to mobile devices. The company offers tablets, smartphones, and portable media players in a range of sizes — and today Samsung is expanding its smartphone lineup with a new 5 inch handset.

At 5 inches, the Samsung Galaxy Grand is a little bigger than a Galaxy S III smartphone, but a little easier to put in your pocket than a Galaxy Note II.

Unfortunately, despite the grandiose name, the Grand is pretty much a mid-level phone. 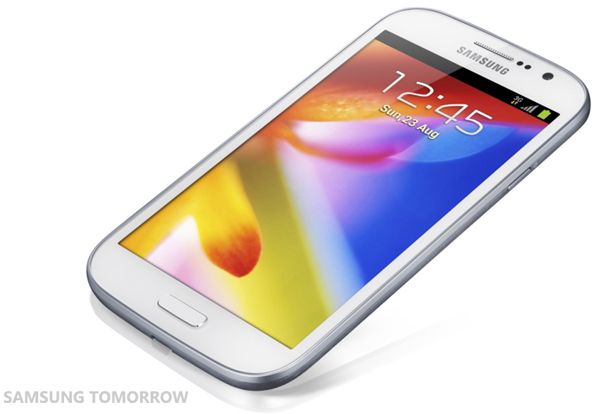 The Samsung Galaxy Grand is powered by a 1.2 GHz dual core processor and runs Android 4.1.2 Jelly Bean, which sounds pretty good. But it’s also hampered by an 800 x 480 pixel display, which is a little disappointing given the large size of the screen.

The Galaxy Grand has a 2100mAh battery, 1GB of RAM, 8GB of storage, and a microSD card slot. It has an 8MP camera on the back with support for zero-shutter-lag, and a 2MP camera on the front.

The phone supports HSPA+ mobile broadband, WiFi, and Bluetooth. There’s no news on a 4G LTE model. Samsung will offer a dual-SIM model and a single SIM version. Dual SIM cards tend to be more popular in Asia than the US, so it’s likely that Samsung will launch the Galaxy Grand in or around its home country of Korea first.