Last year Polaroid introduced a point-and-shoot camera with a touchscreen display and Android operating system. It was kind of cool… but also kind of underwhelming, both as a camera and as an Android device.

Now it looks like Polaroid is ready to try again — this time with a higher quality camera with mirrorless camera with interchangeable lenses and Android 4.0 software. 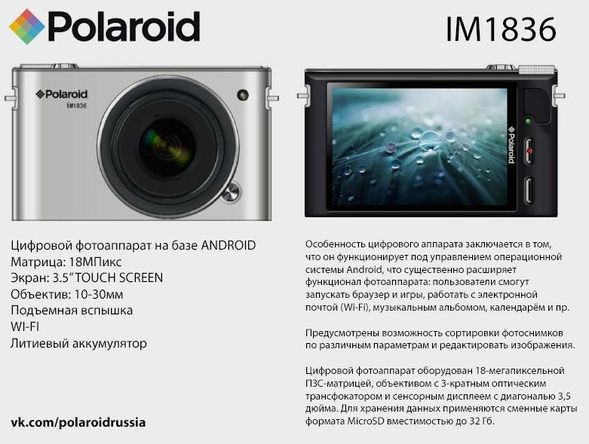 Photo Rumors has posted pictures of the camera found on a Russian social media site. While Polaroid hasn’t officially confirmed the camera yet, the camera is expected to have:

Update: It looks like Polaroid will introduce the new camera at CES in January.