The makers of the Ouya video game console have started shipping developer kits to folks who paid $699 or more during the team’s successful Kickstarter campaign. The company plans to start shipping Ouya units to customers early in 2013, with the video game console selling for about $99 plus shipping. 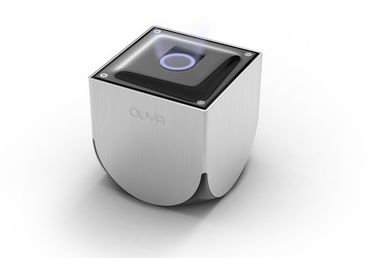 SlashGear reports the first units should begin arriving this week.

The Ouya game console is a small box with an NVIDIA Tegra 3 quad-core processor, 1GB of RAM, 8GB of storage, WiFi, Bluetooth, a USB 2.0 ports, Ethernet, and HDMI ports.

It runs Google Android software, but it’s not a phone or a tablet. Instead the Ouya console is designed to be plugged into your television so you can play games on the big screen. It also includes a wireless game controller, a game store, and more.

The developer consoles come with two controllers — but their main appeal is that they’re shipping a few months ahead of the final units, which should give game developers (or serious enthusiasts) a chance to try out the device before it’s available to the general public, and adapt games to run on the platform.

While there’s no shortage of video game consoles for the living room, the developers of the Ouya project want to lower the barriers to entry for independent game developers. Basically, if you can create a game that runs on Android, it can run on Ouya — you don’t need to go through the hassle of signing with a game publisher, packaging the title on a disc and distributing it to game stores.

On the other hand, the Ouya is expected to ship to regular customers in early 2013 with hardware that was state of the art in early 2012. While you can still write some pretty nifty games for the Tegra 3 processor, Samsung and Qualcomm are already offering mobile processors with significantly more graphics power, and NVIDIA is expected to launch a Tegra 4 chip soon.

Will the Ouya feel dated by the time it finally arrives? Then again… with a $99 price tag, does it really matter?

via SlashGear and Ouya Forum