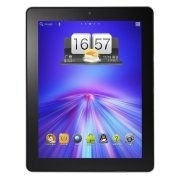 Chinese tablet maker Onda has unveiled one of the first tablets featuring Allwinner’s new quad-core processor. The Onda V972 is powered by an Allwinner A31 chip which features 4 ARM Cortex-A7 cores.

It runs Google Android 4.1 Jelly Bean, but there are already plans for an Android 4.2 software updated. The 9.7 inch tablet weighs about 1.4 pounds.

Onda says the tablet should be able to get up to 10 hours of battery life from its 8000mAh battery.

The Onda V972 should be available from the sort of shops that ship Chinese tablets to the US soon. It’s expected to sell for about $240.