Developer AndrewDB has been working to get Ubuntu Linux up and running on inexpensive mini computers with Rockchip RK3066 processors for the last few weeks. Now he’s released pre-alpha builds of Ubuntu 12.10 which you can install on the UG802, MK802 III, or MK808 mini computers.

These are all tiny PCs or TV sticks that sell for less than $100, and which are designed to be plugged into a TV or monitor to let you run Android apps on a big screen. But while they ship with Android, as AndrewDB is showing, they can also run a desktop Linux operating system. 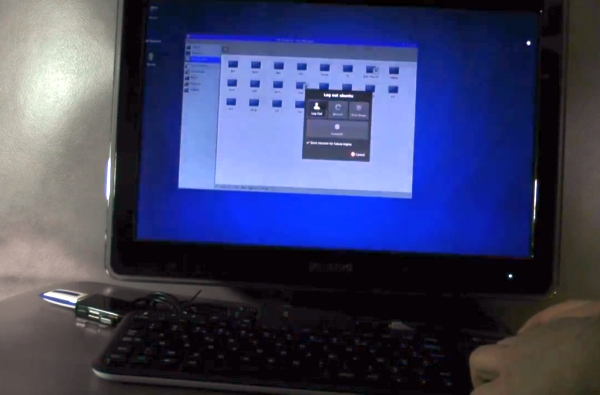 That means you can use these PC-on-a-stick devices for a variety of purposes. You can treat it like an inexpensive (and probably kind of sluggish) desktop computer for web browsing, editing documents, or even multimedia.

You could also set up a Linux-based home media server, web server, or other slightly geekier application.

At this point, Ubuntu recognizes most of the hardware in these little computers. You can even plug in a USB webcam (as well as a mouse and keyboard). But built-in WiFi isn’t working yet, so you’ll need to pick up an inexpensive USB WiFi adapter if you want to get online.

While you’re at it, you’ll probably also want an inexpensive 4-port USB hub so you can use the WiFi and a mouse or keyboard at the same time.

As of pre-alpha 0.2, installing Ubuntu on a mini PC with an RK3066 chip is still a pretty complicated process. You’ll need to root your Android mini PC, hook it up to a Windows or Linux computer to install a custom kernel to the recovery partition, then load the Ubuntu image on a removable microSD card and reboot into Ubuntu.

If that all sounds like a bit much… just wait a little while. AndrewDB says he’s hoping to simplify the installation process by the time Alpha 0.4 rolls around.

Or if you’re impatient, the folks at ArcTablet have put together a pre-built version of Android which is already rooted and which already has the custom kernel installed, so all you need to do is flash the ArcTablet update.zip to your device and load Ubuntu on a microSD card.