Amazon may not be selling first-generation Kindle Fire tablets anymore (or offering significant software updates for them), but that doesn’t mean you can’t teach an old tablet new tricks. Developer Hashcode has released a custom ROM for the Kindle Fire that lets you run Google Android 4.2 Jelly Bean on Amazon’s first tablet.

In other words, you can practically turn an old Kindle Fire into a Google Nexus 7, complete with support for HD video playback, the Google Play Store, and much more. 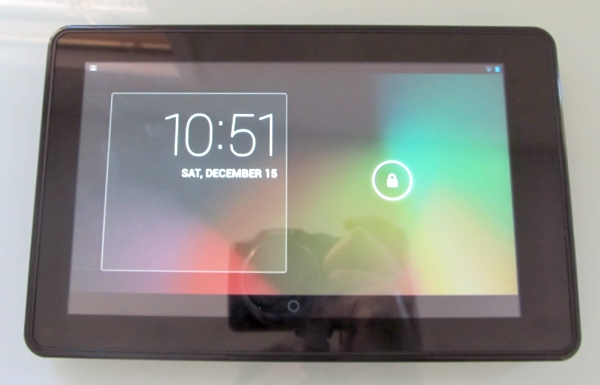 There are still a few things that don’t work. As of December 15th, 2012, deep sleep is broken — which means that the battery runs down more quickly than it should. There are also a few graphical glitches, and Swype-style gestures don’t work with the Android 4.2 keyboard yet.

Hashcode also hasn’t gotten the microphone to work yet — and the original Kindle Fire doesn’t have a camera or hardware volume buttons. So some Android apps may not work as well on this tablet as on a real Nexus 7.

But hardware-accelerated video works, which means you can watch HD videos from YouTube or Netflix. You can play games. And you get other Android 4.2 features including support for widgets on the lock screen.

Which Kindle Fire is this for, again?

This build of Android 4.2 is designed for the first Kindle Fire — the one that came out in late 2011.

It has a 7 inch, 1024 x 600 pixel display and a TI OMAP 4430 dual core processor. It’s not quite as fast as a Nexus 7, and the screen resolution is lower. But it’s not a bad device if you’ve already got one lying around — and you can pick up a refurbished Kindle Fire from Best Buy for $130. From time to time retailers offer even lower prices.

Out of the box the Kindle Fire runs a heavily modified version of Android 2.3 Gingerbread.

There are a few good reasons to stick with Amazon’s software. You lose access to the Amazon Instant Video streaming app and the Amazon Kindle Owners’ Lending Library if you install a custom ROM. You may also take a wrong move and end up with an unbootable Kindle (although it’s tough to make an irreversible mistake with a first-generation Kindle Fire).

How to update a Kindle Fire to Android 4.2 from another custom ROM

If you’re already running CyanogenMod or another custom ROM on the Kindle Fire and you have a custom recovery (such as ClockworkMod or TWRP) installed, updating to Android 4.2 is easy.

All you have to do is boot into recovery, perform a factory wipe and wipe the system partition, then install Hashcode’s custom ROM and the latest Google Apps packages.

This will wipe all of your data, settings, and apps. If you want to preserve them, you should download and run Titanium Backup first to backup all of your apps and associated data.

Then you can install Titanium Backup again after updating to Android 4.2 and run it to restore your apps. Not only will this re-install your apps and games, but it will even restore saved game data and other information associated with those apps.

You can find download links at the xda-developers forum, or you can download the ROM and gApps directly from goo.im.

Performing a fresh install of Android 4.2 on an original Kindle Fire

If you’ve never installed a custom ROM on your Kindle Fire, then you’ll want to download the latest version of the Kindle Fire Utility and use it to install TWRP or ClockworkMod Recovery as well as the FireFireFire Bootloader. 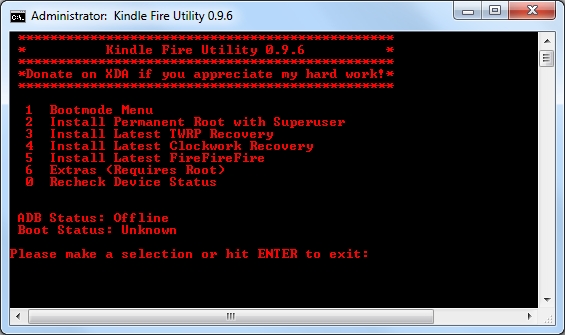 You can find more details about the Kindle Fire Utility in our article on using it to root a Kindle Fire running software version 6.3.1.

Once you’ve installed a custom recovery, you can skip to the “Boot into TWRP” section of our tutorial on installing custom ROMs on the Kindle Fire.

It’s a good idea to make a backup of your system in case anything goes wrong — or in case you want to restore the tablet to its current condition.

Then you can use TWRP or ClockworkMod to wipe your device and install Android 4.2.

29 replies on “Install Android 4.2 on the original Amazon Kindle Fire”