Hardware hacker Bunnie Huang is working on designs for an open laptop. Open, as in, it will run open source Linux-based software, but also open in that the designs will be available for anyone to download, modify, and use. 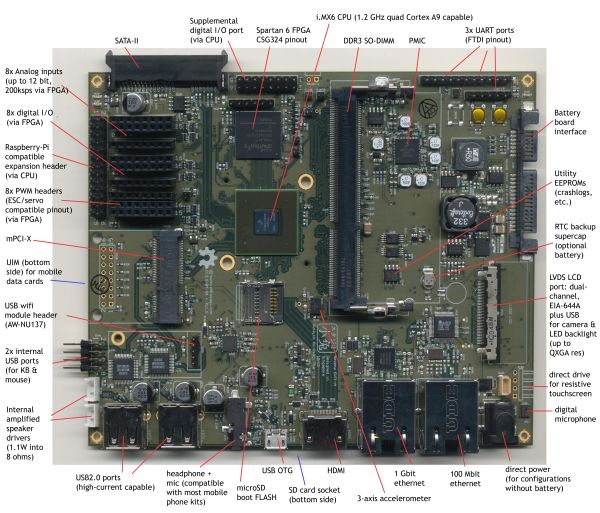 Code-named Novena, right now the laptop includes designs for a mainboard and a battery board. You can check out those designs at the Novena wiki.

At the core of the project is a motherboard featuring a 1.2 GHz Freescale i.MX6 ARM Cortex-A9 quad-core processor with Vivante GC2000 graphics. It’s a low power processor that we’ve seen in tablets and Android TV sticks, but it’s fast enough to run a desktop Linux environment and offer the kind of performance you might have expected from an x86 chip a few years ago.

What really sets this laptop design apart, though, is just how open the platform is. While there are proprietary drivers needed for the WiFi and graphics modules, neither of those things is absolutely necessary to run the computer (although a computer without WiFi isn’t all that useful to most folks these days).

At this point, the laptop is designed as a DIY project. But Huang says if there’s enough interest he may eventually launch a Kickstarter campaign to raise money to produce a number of the laptops for people that don’t want to fabricate the circuit boards themselves.

It won’t necessarily be the cheapest laptop around, or the smallest. It might not even be better at running Linux than some off-the-shelf options. But Huang’s laptop will be a hand-made device designed with open source hardware and software.

5 replies on “Bunnie Huang and friends design an open laptop”