Barnes & Noble has lowered the price of its NOOK Simple Touch eBook reader to $79. That’s the same price Amazon charges for its entry-level Kindle… but that Kindle model doesn’t have a touchscreen and it features advertisements on the home screen and screen saver. 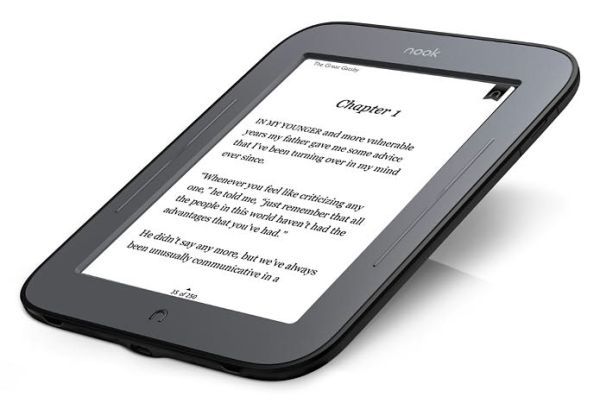 The NOOK Simple Touch has a 6 inch, 600 x 800 pixel E Ink display and a touchscreen. It weighs 7.5 ounces and gets months of battery life (if you only read about a half hour a day).

It also runs a modified version of Google Android, and it’s possible to hack the NOOK Simple Touch to run Android apps including the Amazon Kindle app.

Barnes & Noble also offers a $119 model called the NOOK Simple Touch with GlowLight which is basically the same device, but with a side-lit screen. And the company sells 7 and 9 inch NOOK HD and NOOK HD+ tablets for $199 and up.

From a hardware and price standpoint, B&N’s latest offerings are very competitive with tablets and eReaders from industry giant Amazon. But Amazon has more Android apps in its app store than B&N and maintains its own music and video stores, while B&N devices rely on third party services for music and movies.