Asus is one of the biggest names in Android tablets, and the company offers a line of media streaming boxes to stick next to your TV under the O!Play brand. Now it looks like Asus might be bringing the two product lines together with a Google TV device called the Qube. 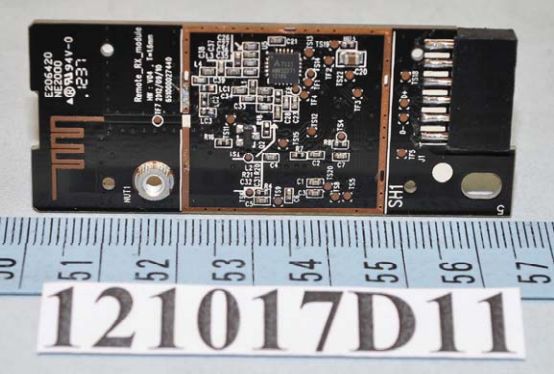 Engadget spotted and FCC listing for the upcoming Google TV product, as well as a few Android apps designed to turn your smartphone or tablet into a remote control for handling music, movies, pictures, and other content on your Qube device.

Google TV is basically a platform for running Android apps on a television screen. It includes software for searching your cable listings, on-demand content, and online video sources, making it easy to find content using a single interface. But you can also install apps to stream music, read the news, view weather forecasts, or play games on your TV.

The documents shared with the FCC describe the device as a “smart TV set top box dongle,” suggesting that it might not be a standalone box like Google TV products we’ve seen from Vizio, Sony, and Logitech. The “dongle” suggests that the Qube could be a different sort of set-top-box which only turns into a Google TV product when you plug in an accessory.

Meanwhile the folks at The Verge have a source who says the Qube could be an upcoming device developed in partnership with Google to replace the ill-fated Google Nexus Q media streaming device (which also didn’t run Google TV).

So perhaps the Qube is some sort of media streamer, and there could be an optional accessory that allows it to run Google TV software.

Or maybe we’re reading too much into the name. At this point the “user manual” provides few details and there are only a few pictures of a device that looks like it’s about the size of an MK802 or some of the other Android mini PCs that’ve hit the streets this year.

2 replies on “Asus Qube Google TV device in the works”