It’s been a few months since developer Dorregaray released the first custom builds of Android for the HP TouchPad with support for the 9.7 inch tablet’s front-facing camera. Now the camera patch has been incorporated into a number of different versions of Android for the tablet, including a custom build of CyanogenMod 10 (based on Android 4.1) and the official nightly builds of CyanogenMod 9 (Android 4.0). 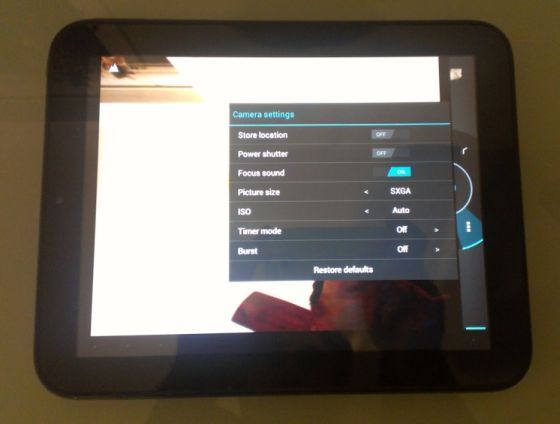 You can grab the latest nightly builds of CM9 from the CyanogenMod website, and they should include software that lets the camera, mic, and pretty much every other piece of hardware in the tablet work. There may still be some bugs in camera performance in the most recently builds, but you can also install Dorregaray’s latest patch to solve some of those issues.

Meanwhile, if you’d rather run Android 4.1 Jelly Bean on the tablet, you can the latest jcsullins build, which includes the latest camera patch.

Note that both versions of Android are unsupported by HP, and you’re on your own if anything breaks, your battery dies and the device refuses to turn back on, or your house explodes.

That said, if you’re not sure how to cram Android onto your TouchPad in the first place, you can follow our step-by-step guide. It’ll also show you how to upgrade from an earlier or different build of Android.

The HP TouchPad features a 1.2 GHz Qualcomm Snapdragon dual core processor, 1GB of RAM, and 16GB to 32GB of storage. It initially shipped with HP webOS software, but hackers have been installing Android on their tablets since HP discontinued the device last summer and liquidated inventory by selling tablets for as little as $99.

6 replies on “Android for the HP TouchPad gets working camera with CyanogenMod 9, CM10”