Amazon has released a new Instant Video app which lets customers stream movies and TV shows to an iPhone or iPod touch. There was already an iPad version of the app.

That means that Amazon Prime subscribers can now stream thousands of videos to any supported iOS device for $79 per year. And folks that’ve bought or rented individual TV shows or movies can also watch those on an iPhone, iPod touch, or iPad. 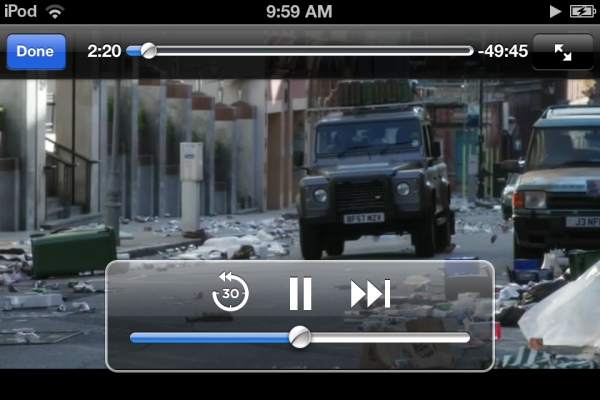 The app also lets users access their Watchlist (basically a list of videos you might want to watch in the future, and to sync your last location across devices. So you can start watching a video on your iPad, pick up where you left off on your PC, and then finish the whole thing on your phone.

Amazon Instant Video has long been available to anyone with a web browser that supports Adobe Flash — and some users have even been using Android phones or tablets with Adobe Flash Player to stream videos from the service.

But interestingly, Amazon has yet to release an actual Instant Video app for Android. The feature comes bundled with every Amazon Kindle Fire or Kindle Fire HD tablet, but if you have any other Android device the only way to access Instant Video is to use Adobe Flash… which isn’t officially supported on Android 4.1 and later.

The only reason Amazon sells tablets at all is to give customers a reason to buy more content (such as movies, TV shows, books, music, and apps) from Amazon — so it’s not surprising that the company would release an app for non-Amazon tablets.

What is a little surprising is that the iPhone, iPod touch, and iPad consistently get new Amazon services before Android phone and tablet users… since you’d think it’d be fairly easy for Amazon to port the Kindle Fire versions of its apps to run on non-Kindle devices. After all, the Kindle Fire operating system is based on Google Android.