The Algiz XRW from Handheld is a rugged netbook with a 10 inch display, an Intel Atom processor, and the ability to withstand a number of very rough environments. It can operate in temperatures as low as -4 degrees Fahrenheit, or as hot as 131 degrees. You can use it at high altitudes. And it’s designed withstand drops.

Handheld currently offers a model with an Intel Atom Z550 processor, but a new model with a higher-performance Intel Atom N2600 chip showed up at the FCC website this week. 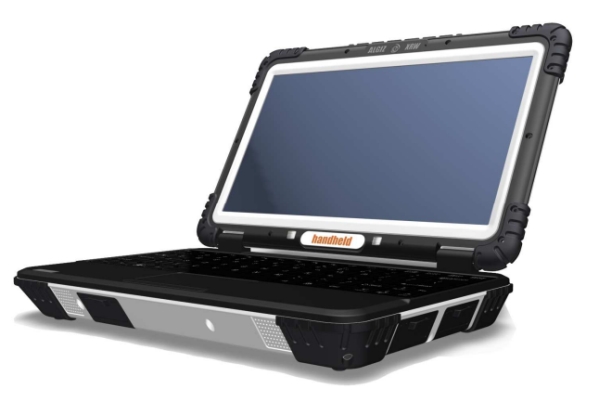 The new Algiz XRW has a 1366 x 768 pixel display with a resistive touchscreen. While resistive panels aren’t all that popular in consumer tablets and laptops, they have advantages for rugged machines — you can use them easily while wearing gloves, for instance.

The laptop has a range of ports including Ethernet, VGA, RS232, USB, and SD card ports, and pogo-pins for a docking station.

This isn’t the sort of netbook you pick up for use at the local coffee shop. Instead it’s designed for folks that work outside including military, utility, or forestry works … or perhaps folks making expeditions to the Arctic.

So while there’s no price mentioned in the FCC documents, I’d expect the new Algiz XRW to run several thousand dollars… much like the current model

But it’s still nice to see someone making 10 inch mini-laptops… even if they have super-rugged cases and weigh more than 3 pounds.