There’s no shortage of set-top-boxes and dongles that you can plug into a TV to run Android apps on a big screen. Some even work with third party hardware such as cameras if you want to use them to make video calls from your TV.

But the WISE TIVI is one of the first Android TV devices I’ve seen that’s available with a built-in camera. 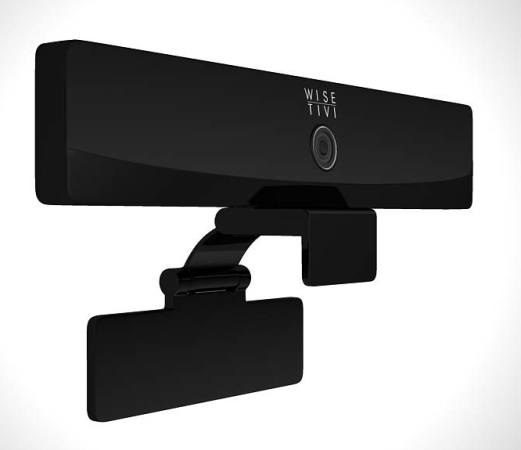 The makers of the WISE TIVI actually plan to offer three different versions of their Android TV devices:

The Camera model hooks onto the top of your TV set, connects to an HDMI port, and lets you run Android apps on your TV, including apps that make use of a camera.

If you don’t need the camera, the WISe TIVI Portable looks a lot like other Android PC-on-a-stick devices we’ve seen recently, and the TIVI Box is a bulkier device that looks more like a small set top box that you’d use to stream music or movies to your TV.

The devices will ship with Google Android 4.2 and offer access to the Google Play Store.

A WISE Sync app will let users grab content from other devices and stream it to the TV box.

At this point the WISE TIVI website looks a bit rough around the edges. Clicking the WISE Sync app links takes you nowhere. The demo videos are all for other products. And there are no actual product photos, just rendered images of what the finished design should look like.

In other words, you might not want to pull out your wallet just yet. But there’s nothing unrealistic about the concept or price for these products. I wouldn’t be surprised if the WISE TIVI line of devices started shipping soon.

All three items are already available for pre-order though, if you’re feeling adventurous.

via Android Guys and CNX Software

3 replies on “WISE TIVI brings Android to your TV: complete with a webcam for video chat”