Custom recovery tools like ClockworkMod and TWRP make it easy to make a complete backup of an Android device, restore from a backup, wipe data, or install custom firmware updates.

While it can sometimes take a while to get a custom recovery tool up and running on a new Android device, Nexus hardware is usually pretty easy to work with… and it looks like the Google Nexus 10 is no exception.

Update: There’s also now a version of TWRP (Team Win Recovery Project) available for the Nexus 10. And the unofficial ClockworkMod Recovery has been retired in favor of an official version. 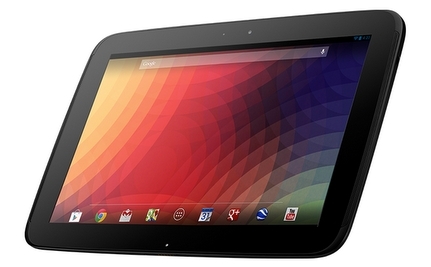 There are two versions available for download: One that supports touchscreen input, and one that relies on hardware buttons such as the volume and power keys for navigation.

There’s one small catch: as of November 15th, shimp208’s software hasn’t actually been tested on a Nexus 10. So if you plan on unlocking the bootloader on your shiny new tablet and installing ClockworkMod, proceed with caution… and if you run into any errors, report them in the xda-developers forum!