AT&T has announced it will begin selling the Samsung Ativ Smart PC in-stores and online starting November 9th. The Windows 8 tablet will run $800 for a model with built-in support for 4G.

In other words, don’t expect any carrier subsidies. You should be able to pick up a WiFi-only model of the same tablet soon for $650 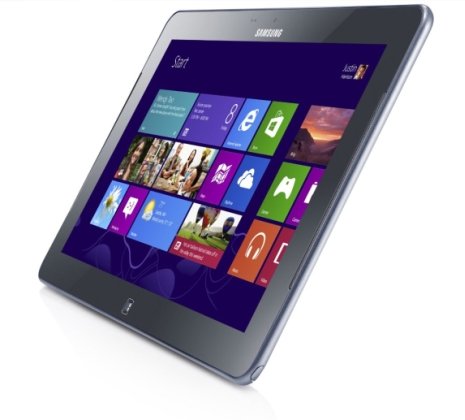 AT&T will also offer a $49 “stand dock” accessory which adds Ethernet and USB ports, as well as a $40 VGA adapter that lets you connect a VGA display to the tablet’s micro HDMI port.

It’s not clear when the WiFi-only version of the tablet will be available. But when the AT&T model goes on sale Friday it will be one of the first Windows 8 tablets with an Intel Clover Trail CPU to go on sale in the US.

Intel’s Clover Trail chips are low power x86 processors. Tablets with this chipset are expected to sell for about the same price as Windows RT tablet with ARM-based processors and offer similar battery life. But Windows 8 tablets will be able to run apps developed for the full desktop version of Windows 7 and earlier, while Windows RT tablets can only support apps developer for Windows RT.