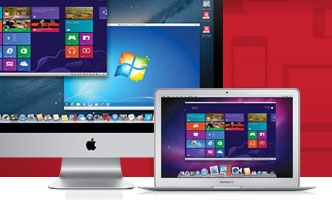 The update also adds support for USB 3.0 connections, improves support for Macs with Retina displays, and several other performance enhancements.

It also supports some pretty nifty cross-platform features including the ability to use OS X Mountain Lion dictation with Windows apps or add Windows apps to your Launchpad.