The Barnes & Noble NOOK Color is a 7 inch tablet with a 1024 x 600 pixel display, an 800 MHz TI OMAP 3 processor, and 8GB of storage. While it ships with a custom version of Google Android designed for use with the B&N book store, folks have been tweaking this tablet for 2 years, coaxing it into running fully functional versions of Google Android.

Now you can download nightly builds of CyanogenMod 10 for the NOOK Color. That’s a custom operating system based on Google Android 4.1 Jelly Bean. 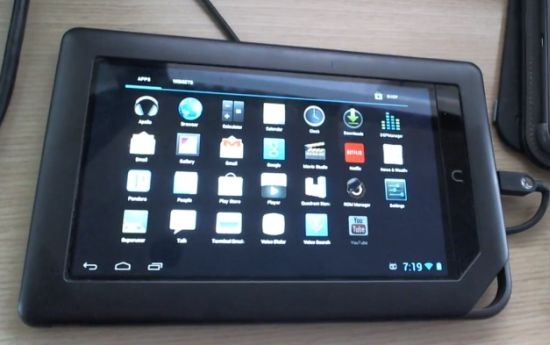 The same developers that brought us unofficial builds of CyanogenMod 10 last month are behind the new official nightlies. But now instead of just being based on the open source CyanogenMod operating system, the developers have joined the team and the latest nightlies are official CM10 releases.

While CyanogenMod 10 hit “stable” recently, there’s still no stable release for the NOOK Color. That’s because some features are still works in progress. But almost everything seems to be working properly.

All that’s really missing at this point is support for OTG USB connections and support for overclocking the processor. There are also a few minor bugs.

But if you’re looking for ways to breathe new life into your aging tablet, installing CyanogenMod 10 is a good way to go. You can also pick up NOOK Color tablets for spectacularly low prices these days, as B&N shifts its focus to selling the newer NOOK Tablet and NOOK HD and HD+ tablets.

You can read more about CyanogenMod 10 for the NOOK Color at the xda-developers forum.