Nokia Maps already powers the maps and navigation features for Windows Phone. But soon Nokia plans to bring its mapping service to other platforms including iOS, Android, and the upcoming Firefox OS.

In fact, if you take a pre-release build of Firefox OS for a spin in a web browser, you’ll notice that Nokia Maps is already the default maps app. 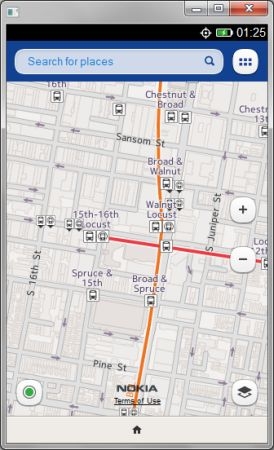 Nokia is rebranding its maps service as “HERE,” and plans to launch an HTML5-based HERE app for iOS in the App Store in the next few weeks. Like Google Maps, Apple Maps, Mapquest, and other similar services, the HERE app will offer maps, directions, public transit routes, and voice-guided navigation.

An Android app is also in the works, and an SDK for Android OEMs is due out in early 2013.

The first Firefox OS handsets won’t hit the streets until early 2013, so that’s probably when we’ll see the HERE app for that platform as well.