Microsoft could be preparing to expand its line of Surface tablets with a 7 inch model aimed at gamers. The Verge reports that “multiple sources” say the new tablet is under development… but there are still some things up in the air. 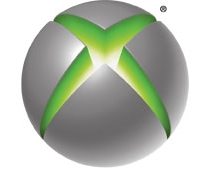 Microsoft recently started selling the 10 inch Surface RT tablet with an NVIDIA Tegra 3 processor and Windows RT software. And the Surface Pro tablet with a 10 inch screen, Intel Ivy Bridge CPU, and Windows 8 software is due out in the coming months.

According to The Verge’s sources  the 7 inch tablet is expected to have a custom ARM-based processor, high-bandwidth RAM for gaming, and a custom operating system based on the Windows Kernel.

It’s also possible that the project could be retooled to use an Intel processor or the full Windows RT or Windows 8 operating system before it’s launched.

Personally, I wouldn’t mind seeing a 7 inch tablet from Microsoft. While 10 inch and larger tablets are good for reading web pages, watching movies, or hooking up a keyboard and getting some work done, I find 7 inch models easier to hold in your hands for reading eBooks… or for gaming, which is what an Xbox Surface tablet would be designed for.