It’s called the Droid DNA, and it goes up for pre-order today and on sale November 21st for $199.99 when you sign a new 2-year contract. 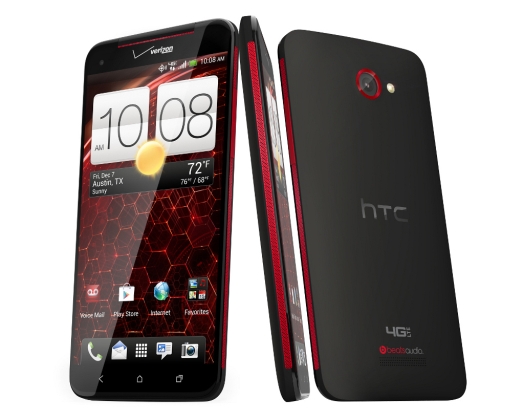 Under the hood, the phone features 2GB of RAM, the Android 4.1.1 Jelly Bean operating system, and HTC Sense 4+ software.

The Droid DNA has an 8MP rear camera with a 28mm wide-angle lens, and a 2.1MP front-facing camera. The phone is powered by a 2020mAh battery and features a Corning Gorilla Glass display.

Unlike some other phones that are getting a lot of attention today, the Droid DNA supports 4G LTE.

It’s the high resolution screen that really sets this phone apart from the competition at this point. Phones with quad-core processors and 2GB of RAM are becoming surprisingly common. But this is one of the first handsets to ship with a 440 pixel-per-inch screen.

Of course, at a certain point it’s pretty difficult to tell one high pixel-density screen from another, and it’s not entirely clear how much better the Droid DNA screen will look than a 312ppi HTC One X display (unless you hold them both very close to your eyes).

But the $200 on-contract price is actually pretty good, so if you’re in the market for a new Verizon smartphone and don’t think a 5 inch screen is too big for a phone, then you could probably find worse ways to spend your money.