GnuCash is an open source accounting app for Linux, Windows, and Mac computers. It’s sort of an open source alternative to Quicken, allowing you to track your income and spending, run reports, view graphics, and do much, much more.

Now there’s a version of Android as well… although it’s not nearly as full-featured as the desktop app. 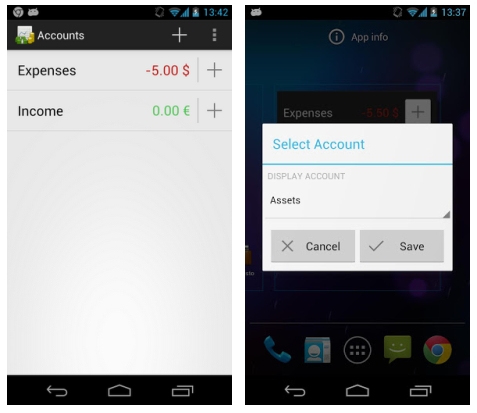 You can download GnuCash for Android for free from the Google Play Store. It supports phones and tablets running Android 2.2 or later.

The app lets you enter transactions, create multiple accounts, use a home screen widget, save your data to Google Drive, Dropbox, SkyDrive, or other online storage services, or export your data as an OFX (Open Financial Exchange) file.

That lets you export your data in a format that can be imported into the desktop GnuCash app… but it only works one way. You can’t import GnuCash desktop data into the mobile app, at least not yet.

You can read more about GnuCash for Android at the developer’s website.

One reply on “GnuCash finance app comes to Android (sort of)”