One of the nice things about tablets, mini PCs, and other devices with Allwinner A10 processors is that it’s very easy to get Ubuntu, Fedora, or other Linux-based operating systems to run on them. And once of the nice things about those operating systems is that they make excellent media centers when you add the open source XBMC media center software.

Up until recently, though, XBMC didn’t play well with Allwinner A10 chips. But it looks like that’s starting to change. 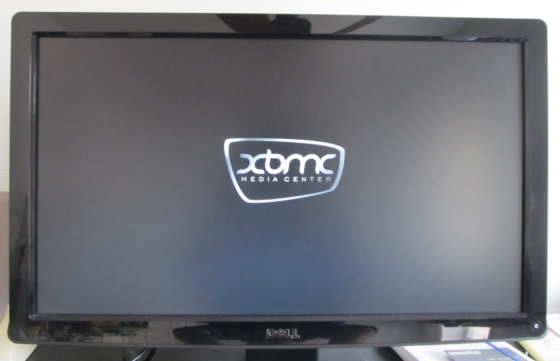 Neal Peacock has a build of XBMC that he plans to include with the PengPod tablets… if and when he brings them to market. And Jas-Hacks has compiled an Ubuntu-based operating system with a working XBMC app for the Hackberry A10 developer board.

Theoretically the Jas-Hacks software should run on other devices with Allwinner A10 processors, but it’s not quite ready for prime time yet. I took it for a spin on an MK802 mini PC today and while the operating system boots and I was able to get to the XBMC splash screen, the device rebooted before it fully loaded the media center software.

CNX-Software had similar results using the software on a Mele A1000 box.

But you can see what XBMC looks like on a HackBerry A10 in the video below.

Just about everything seems to be working, including smooth transitions from one menu to the next and 720p HD video playback. Theoretically 1080p HD video could work as well, but that hasn’t been tested yet.

The Allwinner A10 is a low power 1 GHz ARM Cortex-A8 chip with Mali 400 graphics. It’s used in a range of inexpensive Android tablets and stick-sized computers such as the MK802.