That’s the name of an upcoming 3.4 pound notebook with a 13.3 inch touchscreen display, an AMD quad-core processor, and Radeon HD discrete-class graphics. 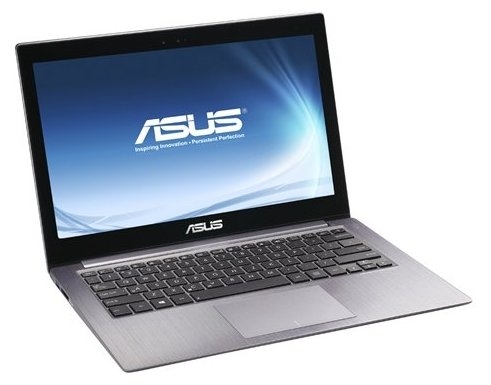 While there’s no mention of the Asus VivoBook U38DT on the Asus website yet, several retailers in the UK and Germany have posted product pages for the laptop. It’s not clear if or when the notebook will be available for purchase in the US.

I’m pretty sure the 7600G chip is an integrated graphics chip for AMD Trinity processors, while the 8550M processor would offer discrete-level graphics.

Either way, it’s the discrete graphics chip that sets this laptop apart from the VivoBook U38N. The rest of the specs are pretty much identical, including the 3 USB 3.0 ports, 802.11n WiFi, Bluetooth 4.0, HDMI, and mini VGA output. It’s expected to get up to 5 hours of battery life.

The laptop measures 12.8″ x 8.9″ x 0.73″ and weighs 3.4 pounds. It looks almost exactly like an ultrabook, but it doesn’t qualify since it has an AMD processor instead of an Intel chip and doesn’t include a solid state disk for storage or cache purposes.

Hopefully that means it’ll be cheaper than a typical ultrabook if and when the Asus VivoBook U38DT goes on sale in the US.

via Ultrabook News and Fudzilla