Acer’s new Revo RL80 computer is a tiny desktop PC with an Intel Core i3-2377M Sandy Bridge processor, Windows 8 software, and a DVD drive. But the computer isn’t that much bigger than an old-fashioned external DVD drive.

In fact, if this computer had come out a few years ago and sported an Intel Atom processor, I’d probably call it a nettop. Today it’s just a small PC. And it’s available for pre-order for about $500 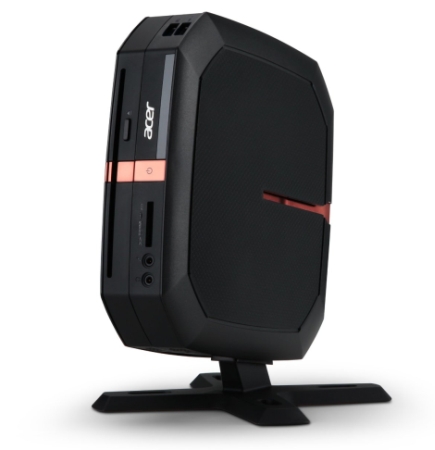 The price seems a bit steep at a time when you could pick up a laptop with similar specs for less money. But there aren’t many computers this small which feature an Intel Core family processor.

German site MobileGeeks reports Acer will also offer models with Celeron and Pentium processors at lower prices, as well as an optional Blu-Ray drive in place of a DVD drive.

One reply on “Acer Revo RL80 packs an Sandy Bridge CPU, Windows 8 into a nettop-sized PC”