Developers have been porting Android to run on webOS devices like the HP TouchPad for ages. So it’s only fair that you can now load webOS on devices built to run Android.

HP released the source code for open webOS 1.0 last week, and shortly after that the team at webOS Ports showed an early build running on the Samsung Galaxy Nexus smartphone.

Now they’ve also released the source, which anyone (with decent knowledge of how to build software from source) can use to get an early build of webOS up and running on a Galaxy Nexus. 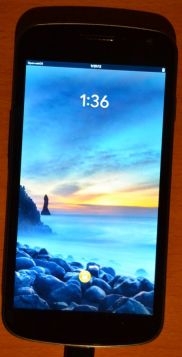 At this point, open webOS for the Galaxy Nexus is still very much a work in progress. There’s initial support for hardware video acceleration, but it’s described as “pre-alpha,” which means you should expect it to crash.

In other words, if you plan to actually use your phone, you might want to hold off on installing webOS at this point… but if you have a spare Galaxy Nexus that you use for tinkering purposes… well, it’s tinkering season.

While the Galaxy Nexus is getting the most attention at the moment, developer Steve Troughton-Smith has also had some success booting open webOS on other devices including the Samsung Nexus S smartphone and Asus Eee Pad Transformer Prime tablet. Astute readers will notice that I said “booting” and not “running.” At this point neither build is fully functional.