As promised, Canonical has released a tool that lets you install Ubuntu Linux on the Google Nexus 7. Cleverly enough, it’s called the Ubuntu Nexus 7 installer, and it’s a relatively simple tool that you can use to install Ubuntu 12.10 on the 7 inch tablet. 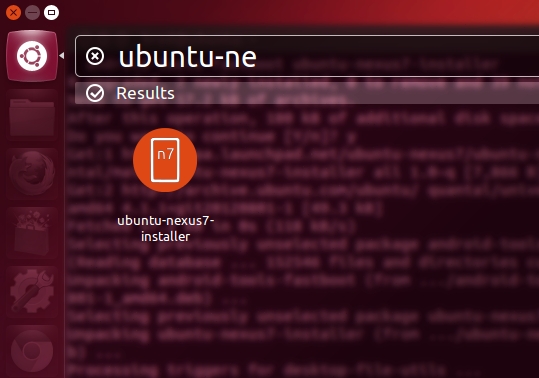 In order to use the installer you’ll need a computer running Ubuntu, a Nexus 7 with 8GB or 16GB of storage, and a USB cable to connect the tablet to your PC.

You’ll also need to unlock the bootloader on your tablet. If you haven’t already done that, it’ll wipe all the data from your device. So proceed with caution.

Installing Ubuntu will also wipe your device — so if you plan to go back to Android, you’ll probably want to make a backup using TWRP or ClockworkMod, then copy that file to your PC or an external storage device for safekeeping. That way you can re-install Android (following Canonical’s instructions), re-root your device (following ours), and then re-install ClockworkMod or TWRP to restore from your backup and get your Nexus 7 back to where it was before you started.

At this point Ubuntu for the Nexus 7 is still in the early phases. While the OS includes support for the touchscreen and ARM-based chipset, you’re basically installing the desktop version of Ubuntu on the 7 inch tablet.

Canonical’s goal is to get developers testing the operating system on tablets, using the Nexus 7 as a reference platform. By 2014 the company hopes to be able to offer a unified version of Ubuntu designed to run on tablets, smartphones, and desktop and laptop computers. The launch of the Nexus 7 installer is just one of the first steps in that process.

Right now there are a number of issues. The camera doesn’t work. Bluetooth doesn’t work. Automatic screen rotation isn’t supported. And there are bugs affecting memory, sound, and other components. But this is a first preview release and it’s aimed at developers and testers, not the general public. 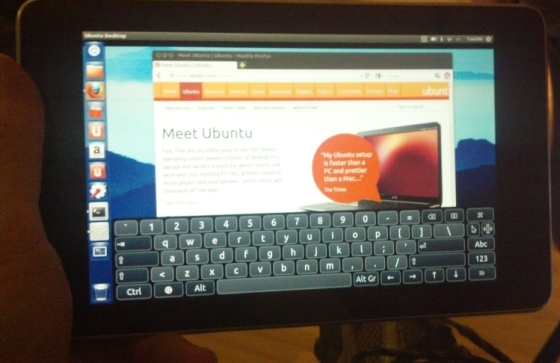 Canonical’s Ubuntu Community Manager Jono Bacon has more details about the project and the timeline on his blog. Basically the goal for Ubuntu 13.04 which will launch next April is to get the operating system up and running on tablets by optimizing battery life, memory, and other features. But it could take another year or so to optimize the user interface and other features for mobile devices.

6 replies on “Ubuntu installer now available for the Nexus 7”