Some of Toshiba’s first Windows 8 computers are available for pre-order today. The Toshiba Satellite U925t is a 12.5 inch tablet, while the Satellite U945 is a 14 inch ultrabook. Both items are expected to launch on October 26th, but select retailers are taking orders starting today.

Toshiba is also updating some of its existing thin and light ultrabooks to run Windows 8. 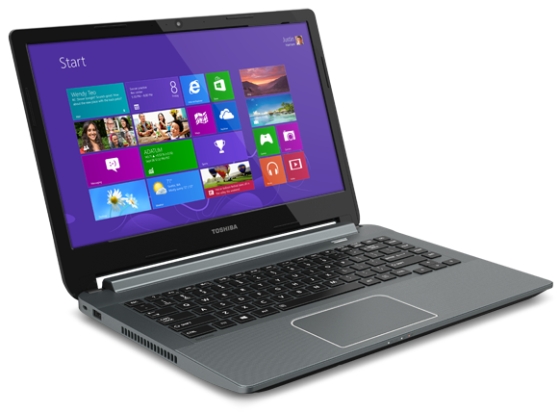 Toshiba’s new Windows 8 ultrabook is a thin and light laptop with entry-level features, and an entry-level price.

The ultrabook has 802.11n WiFi, 10/100 Ethernet, 2 USB 3.0 ports, 1 USB 2.0 port, and an HDMI port. One of those USB ports also supports sleep and charge, letting you recharge your phone or other gadgets from your laptop battery even when the lid is closed and the PC is sleeping.

You won’t get any premium features such as touchsreens or high resolution displays here. But for $700 you get a 4.1 laptop with an Ivy Bridge processor and a 45Whr battery). 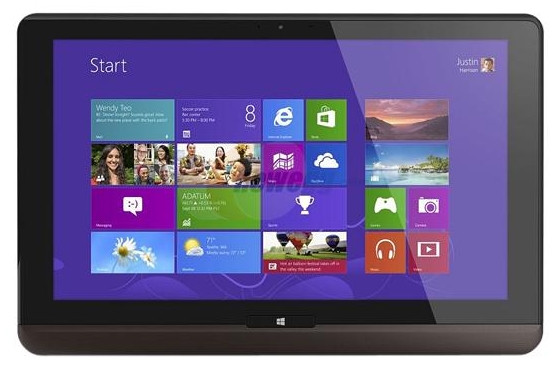 Toshiba charges a lot more for this tablet than for the 14 inch ultrabook, but you get a lot more than just a touchscreen.

There’s also a slide-out keyboard which hides behind the display. It makes the tablet a bit thicker and heavier than it would otherwise be, but provides a backlit keyboard and touchpad.

We’ve heard that Toshiba would offer a version of this tablet with a Core i3 CPU, so a cheaper model may also be in the works. But $1150 seems to be the going price at the moment.

Toshiba is adding Windows 8 to the Satellite U845W ultra-widescreen ultrabook I reviewed a few months ago. 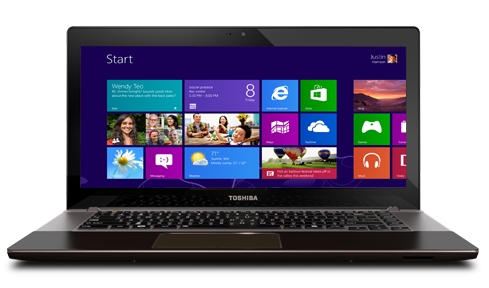 For the most part the new model has the same specs as its predecessor, including a Core i5 Ivy Bridge CPU, 6GB of RAM, 500GB of disk space, and 32GB of solid state cache. It also has the unusually wide 1792 x 768 pixel 14.4 inch display.

The main difference is that the new model runs Windows 8… and has a starting price of $1086.

Or you can just pick up a Windows 7 model for $800 and upgrade to Windows 8 on your own dime.

Toshiba is also updating its line of Portege Z935 13.3 inch ultrabooks with Windows 8. There are 4 new Windows 8 models available, with prices starting at $900. 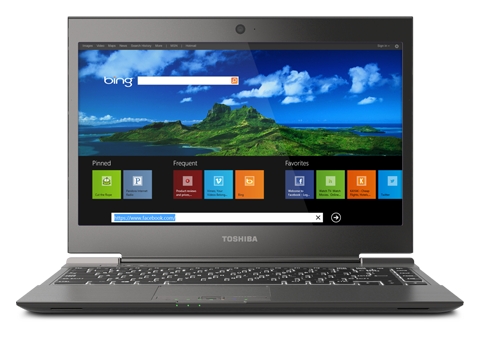 Toshiba also offers models with Core i5 and COre i7 processors for an additional fee.

One reply on “Toshiba Windows 8 tablet, ultrabooks go up for pre-order ($700 and up)”