US wireless carriers T-Mobile and MetroPCS have announced plans to merge in an effort to increase their  network coverage and combine resources to roll out 4G LTE service. 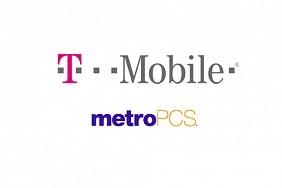 The deal would involve MetroPCS (the smaller of the companies) actually buying T-Mobile and then giving a controlling stake to Deutsche Telekom, the German carrier that currently owns T-Mobile. The new company would continue to operate under the T-Mobile name.

The merger isn’t a done deal yet. MetroPCS shareholders will have to vote to approve the measure, and US regulators will look at the proposal.

Last year AT&T planned to take over T-Mobile, but the plan was canceled after the US Justice Department tried to block the deal for antitrust reasons. The new merger could be more palatable to regulators, since the combined T-Mobile and MetroPCS would still be just the fourth largest US wireless carrier… a role T-Mobile currently fills.

Right now T-Mobile has 33 million subscribers, but the combined company would have 42 million… which is still less than Sprint, AT&T, or Verizon have.

Combining T-Mobile’s GSM network with the MetroPCS CDMA network could prove a bit tricky. But eventually the plan is to close down Metro’s CDMA network and use the spectrum that frees up for 4G LTE coverage.