It won’t ship until after Windows 8 and Windows RT are released on October 26th. But if you happen to be in the UK, you can pre-order one from Clove for £549 including VAT. 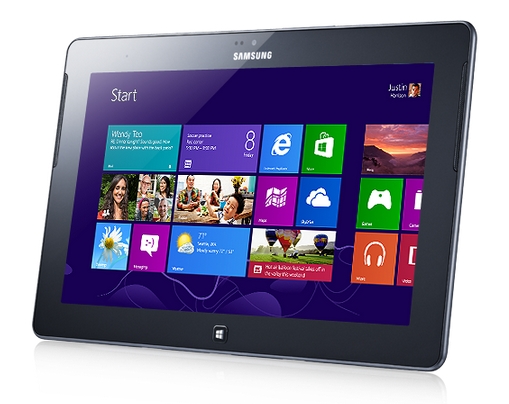 That’s nearly $890 US, but the tablet will probably be cheaper when it hits the States. First, if you factor out the Value Added Tax, the price is closer to $738. Second, companies make a habit of treating Pounds, Euros, and Dollars as if they were equal… so it’s more likely that the ATIV Tab will sell for closer to $549 or less in the US.

The tablet has a 1366 x 768 pixel display, a 5MP rear camera, and a 1.9MP front-facing camera. It has 2GB of RAM and the model Clove is taking orders for has 32GB of flash storage.