Microsoft’s Windows 8 operating system goes on sale on October 26th, and so does the company’s first Surface tablet. In fact, The Verge reports that Microsoft will start selling the Surface tablet at midnight on the 26th at select Microsoft Stores and pop-up store locations.

What we still don’t know is how much the tablet will cost. 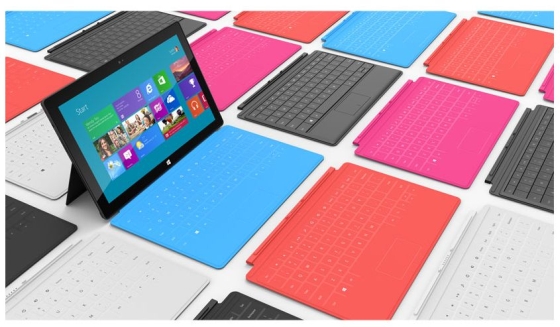 Microsoft actually has two versions of the Surface tablet in the works. The one coming on October 26th features an NVIDIA Tegra ARM-based processor and Windows RT operating system.

It has a 10.6 inch Gorilla Glass display, 32GB to 64GB of storage, a built-in kickstand, and a cover that doubles as a keyboard. It measures 0.37 inches thick and weighs 1.5 pounds. The tablet has a USB 2.0 port, micro HDMI port, microSD card slot, and features a 31.5 Whr battery.

Microsoft hasn’t announce pricing for either version of the Surface yet, but insists the tablets will feature “competitive” price tags… whatever that means.