Microsoft is relaunching its Zune music service with a new name. Xbox Music will launch for Xbox 360 users tomorrow. Later this month it will be available more widely once Windows 8 launches on October 26th.

Xbox Music is designed to take on Spotify, Rdio, Pandora  iTunes, Amazon MP3, and pretty much every other music service. That’s because it offers a range of services including a free internet radio service, a music subscription service, and an option to purchase individual songs or albums. 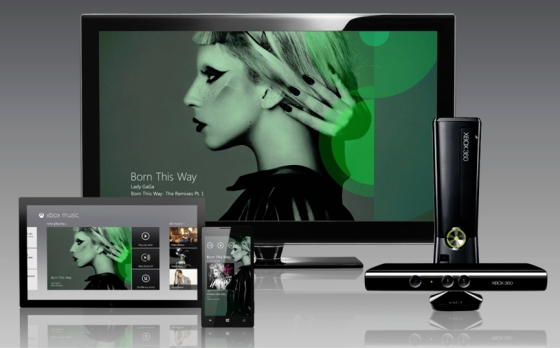 At launch, Xbox Music will have a catalog of 30 million songs. You can access that music a a number different ways:

You’ll be able to skip as many tracks as you want even while listening to free radio streams — something that sets Xbox Music apart from Pandora’s free service.

Xbox Music will be the default music player on all Windows 8 and Windows RT computers. But in order to use the service on a mobile device you’ll need to pay for a subscription. A Windows Phone app should be available soon, and Microsoft also plans to offer Android and iOS apps eventually.

Overall, Xbox Music sounds like a pretty good upgrade from the Zune music service. But the online music space has become pretty competitive over the past few years. It’ll be interesting to see whether Microsoft can make a dent… although I suspect that including Xbox Music in Windows 8 will probably help give the new service a bit of a boost.