The Asus VivoBook X202 is a notebook with an 11.6 inch display, Intel Core i3 Ivy Bridge processor, and a starting price of $599. It’s expected launch with Windows 8 on October 26th.

Asus will also offer a cheaper model with Ubuntu Linux soon, but I haven’t been able to get US pricing for that model just yet.

In some parts of the world, the VivoBook X202 will be sold as the Asus VivoBook S200, and I got a chance to spend some time with an S200/X202 laptop earlier this week. 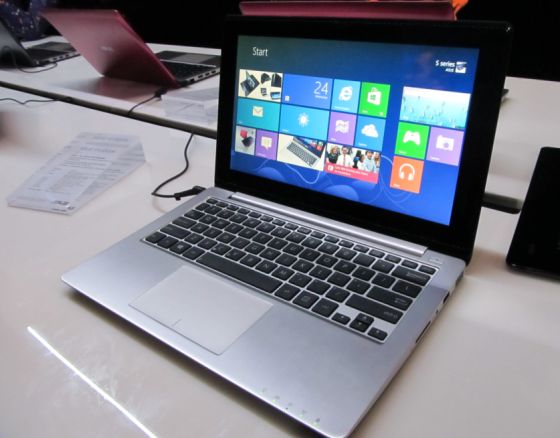 At just over 3.1 pounds, and a little over 0.85 inches thick, the VivoBook X202 isn’t quite thin enough to be considered an ultrabook. It also has a hard drive instead of a solid state disk. But that’s one of the reasons it’s cheaper than most ultrabooks.

Another is that while the first model to launch will have a Core i3-3217U processor, Asus may also release models with Celeron or Pentium chips.

While the X202 isn’t exactly an ultrabook, it’s still a very portable laptop. It’s about the same size as the Asus UL20A I bought three years ago, and has a similar starting price. But the new laptop has a much faster processor, more hard drive space, and more RAM.

Some models will also include a touchscreen as well as a multitouch trackpad for use with Windows 8.

Unfortunately the battery does not appear to be replaceable.