Boxee has unveiled a new $99 box that works as a digital video recorder and a device for playing local and online media on your TV. It’s called the Boxee TV, and it will be available in the US in November.

The low price is a bit deceptive though. If you want to make the most of the new Boxee TV, you’ll also have to pay a monthly subscription. 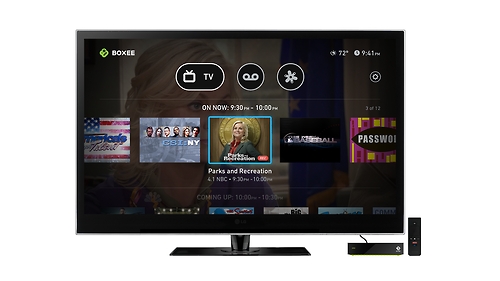 Boxee originally started off as an app that was a spin-off of the XBMC project. But the company recently stopped making software for Linux, Mac, and Windows computers, instead focusing on its own hardware.

The first Boxee Box was basically an internet media box for your television. It didn’t sell very well. The Boxee Team plans to offer one more bug-fix update, but after that the company will stop selling the original Boxee Box and will cease development of major software updates.

The new Boxee TV takes a different approach and bundles broadcast and online media. It’s sort of like what you’d get if you crossed a TiVo with a Roku or Google TV box.

There’s a bit of a catch. Boxee TV won’t work with all television. You can use it to watch or record live TV broadcasts using an over-the-air antenna or unencrypted cable channels. But it won’t work with most premium cable, satellite, or FiOS channels.

What you will be able to do is tune into most network TV channels including ABC, CBS, FOX, NBC, PBS, and Univision. My local cable provider also offers a few other unencrypted channels including non-HD versions of TLC and TBS. Your results may vary.

The Boxee Box has two TV tuners, which means you can record two shows at once, or record one show while watching a second. You can also store an unlimited amount of programming.

Wait… how’s that possible? Here’s what sets Boxee TV apart from most digital video recorders. Boxee doesn’t include a large hard drive. Instead, your programs are uploaded to Boxee’s online storage service. 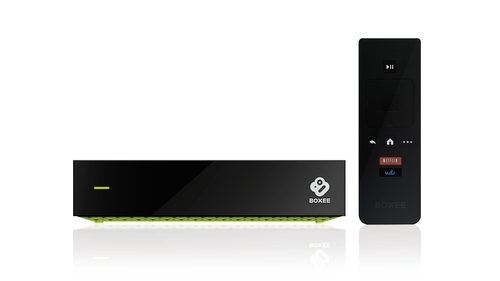 The good news is that Boxee calls this a “No Limits” DVR service. You’ll never run out of space for new shows. You’ll also be able to stream your recorded videos to any phone, tablet, or PC using a web app.

The bad news is that you have to pay for the privilege. While the Boxee TV box only costs $99, a subscription to the online storage service costs $15 per month.

The No Limits DVR service will roll out in 8 markets at launch: New York, LA, Chicago, Dallas, Houston, Philadelphia, Atlanta, and Washington DC. More regions will come online next year. 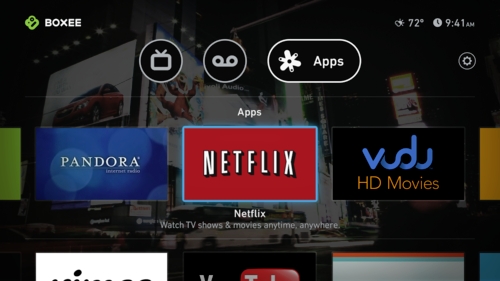 You can also use Boxee TV to view content from YouTube, Vimeo, Netflix, Vudu, and music from Pandora and other sources. But to use Netflix or other subscription-based service you’ll still need to pay extra.

That $99 box might not be as cheap as it sounds in the long run. On the other hand, it could be a lot cheaper than paying for cable.

I used to really like Boxee, back when it was a media center app for my PC. While $99 is a great price for the hardware the company is selling now, the $180 per year that they’re asking for storage seems a bit steep. You could buy a very large hard drive for the same price.

What’s more, Boxee has shown a consistent lack of support for older products. There’s no longer any support for the company’s desktop software. Support for the 2010 Boxee Box is ending. And I suspect that unless the new Boxee TV is a wild success, there’s little reason to expect Boxee to provide more than a few year’s support for the new box either.

From a business standpoint Boxee is making at least one smart move though: Once you start spending $15/month, you’re pretty much locked into the ecosystem. Stop paying, and your recorded programs go away. So there’s an incentive to keep paying.