The Asus Vivo Tab RT is a 10 inch tablet with a quad-core ARM-based processor and Windows RT operating system. It goes on sale October 26th, but Staples and Newegg are already taking pre-orders for this tablet for $600. 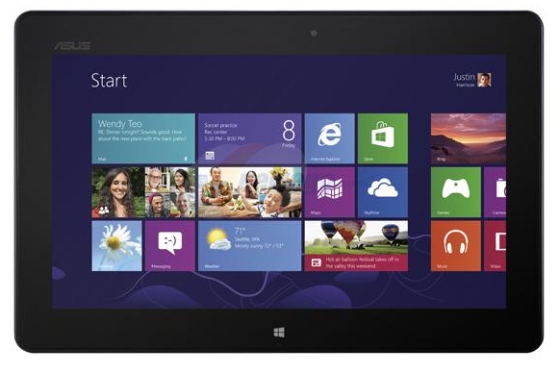 Asus also offers an optional keyboard docking station which adds a QWERTY keyboard, touchpad, and an extra battery. The dock will cost you an extra $170. 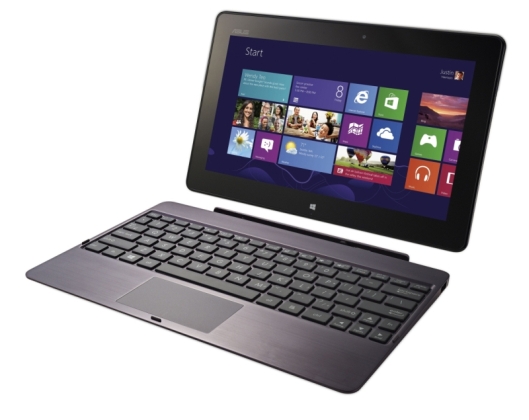 Newegg and Staples have some conflicting details about the tablets, but it looks like it probably weighs around 1.1 to 1.2 pounds and measures 0.3 to 0.4 inches thick. When docked to the keyboard, it should get up to 16 hours of battery life. You’ll probably get about half that when using the tablet alone.

The pricing is pretty similar to what we expected based on leaked information from a few weeks ago.

Interestingly, the pricing is also very similar to the starting price for Windows 8 tablets with Intel Atom Clover Trail processors, even though those models have x86 chips and can run the full version of Windows 8, complete with support for older Windows apps that weren’t compiled for ARM chips.

Windows RT devices like the Vivo Tab RT, on the other hand, will only be able to run newer apps made available through the Windows Store. In fact, the Windows Store will be the only officially sanctioned place to download and install Windows RT apps.

On the bright side, Windows RT tablets are expected to come with a pre-release version of Microsoft Office 2013 at no additional cost. Windows 8 computer users will have to pay extra if they want Office.