Mini-computers with ARM-based processors and low price tags have been getting a lot of attention lately. But ARM-based systems like the Raspberry Pi or UG802 aren’t the only games in town when it comes to low-power computers that cost less than $100.

You can pick up an Asus C60M1-I board for just under $80. For that price you get a dual core x86 processor, AMD Radeon HD graphics, and more ports than you can shake a stick at. You’ll need to bring your own memory, storage, and case though. 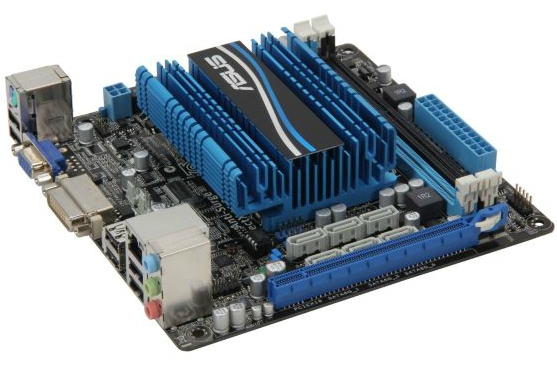 Basically what you’ve got here is a mini-ITX motherboard which comes with a CPU and a heat sink.

The system is based around a 1 GHz AMD C-60 dual core processor with Radeon HD 6290 graphics. It’s not exactly a high end system. This is the sort of chip you’d normally find in a netbook. But it can handle basic computing tasks, HD video playback, and 3D accelerated graphics.

Unfortunately one thing that the AMD C-60 processor doesn’t handle well is high definition Netflix video playback. That could be a bummer if you were planning to use the ASUS C60M1-I as the basis for a cheap home theater PC.

On the other hand, if you’re not a Netflix subscriber, that probably won’t be a problem. AMD’s Radeon HD graphics for its budget C and E series chips can play back HD video stored on your hard drive just fine, and have no problems with YouTube and most other online video sites.

The ASUS C60M1-I supports up to 8GB of DDR3 1066 memory, has a connector for a SATA III hard drive or solid state disk, and includes a nice array of ports, including:

It also features 8-channel audio output. While the CPU is covered by a fanless heatsink, there are also connectors for a CPU fan and chassis fan if you need the extra cooling.

Once you add storage, memory, a case, power supply, and any additional cooling, the price of this system will be noticeably higher than the $80 starting price. But it’s still a pretty versatile and cheap alternative to an ARM-based development board like the Hackberry A10 or VIA APC.

Just don’t expect this system to outperform a high-end (or even mid-range) Windows or Linux computer.