The UG802 Android mini PC seems to be following a path blazed by the MK802 before it. Both of these are tiny PC-on-a-stick devices that look like big USB thumb drives.

But they actually include processors, memory, storage, and input and output ports, letting you connect a monitor, mouse, or keyboard and use them like little, low power Android computers.

When the UG802 first went on sale last month, retailers were charging around $89 for the mini PC. Now you can pick one up for just $69. 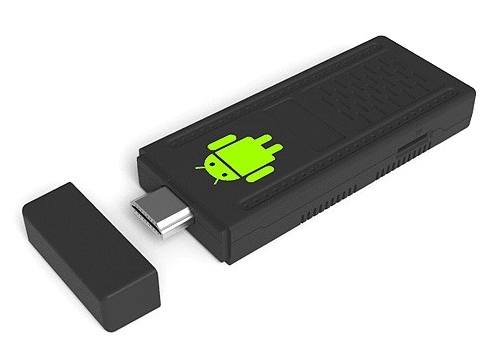 The CPU should make the little box noticeably faster than the MK802, which has a single core ARM Cortex-A8 chip. The advantage to picking up an MK802 at this point is that there are already a variety of Linux-based operating systems including Fedora and Ubuntu which have been ported to run on the platform. That hasn’t happened yet with the UG802, but I suspect it’s just a matter of time.

A number of sellers are offering the UG802 at AliExpress for $69 and up — but be careful to make sure you’re getting what you pay for. Some AliExpress sellers have a habit of writing misleading information in their headlines or product descriptions (which is why you get a lot of listings that have both UG802 and MK802 in the headlines).

Meanwhile PandaWill is selling the device for $69, and offering lower wholesale prices for resellers.

OvalElephant has also knocked a few bucks off its price. The company had been charging $90 for the UG802, but now you can get one for $87.