Samsung plans to launch a new line of Windows 8 computers this fall. The Samsung Series 5 and Series 7 hybrids look like notebook computers… until you pull out the display and start using it as a tablet.

But there’s more than one way to combine a tablet and notebook. Slashgear spotted 3 other Samsung concept designs on display at the IFA trade show in Berlin this week. 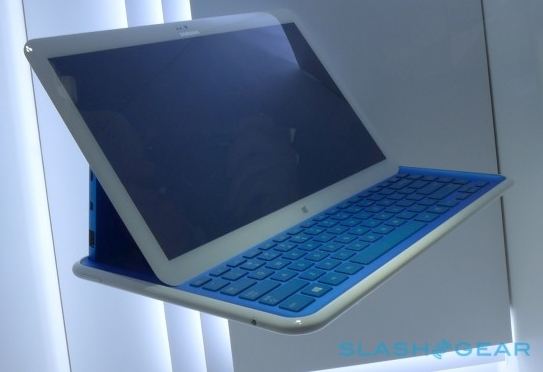 Samsung is showing a slider-style computer which looks a lot like the Series 7 concept the company introduced in 2011. The keyboard is hidden behind the screen so that at first the device looks like a slate-style tablet (without a keyboard). But if you slide the screen and base apart, a keyboard is revealed and a stand appears which props up the display at a more laptop-like viewing angle.

Another model  is actually a familiar swivel design. It looks like a regular laptop — but the screen isn’t connected to the keyboard base by a traditional hinge. Instead it has a swivel which lets you rotate the screen so that it’s facing away from the keyboard. Then you can close the lid and hold the computer like a tablet with the screen facing outward. 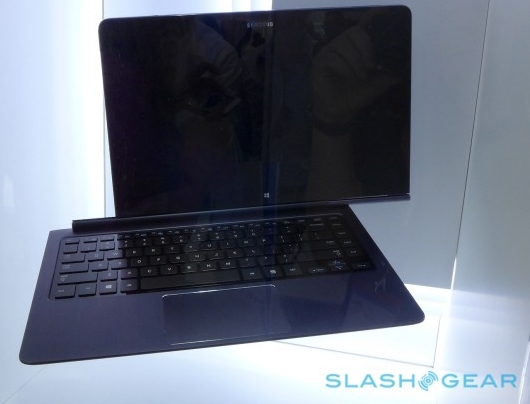 The third model is a binder  design that looks a lot like the Series 5 and Series 7 hybrids. But instead of pulling the screen up and away from the keyboard, there’s a ridge that holds the screen and base together. You simply slide the screen out to remove it.

Windows 8 is designed to be at least as comfortable to use on a tablet as a notebook (if not more so), so we can expect to see more touch-friendly computers in the coming months. But as Samsung is demonstrating, not all tablet/notebook hybrids are alike.

It’s not clear whether any of these devices will ever come to market though.

You can find more details at Slashgear.