Intel’s next-generation Core processors will use less power and offer better performance than today’s chips. But what does that mean for ultrabooks and other notebooks that will ship with Intel Haswell chips in 2013?

The folks at TechEye claim to have seen leaked documents from Intel showing the company’s guidelines for upcoming ultrabooks. 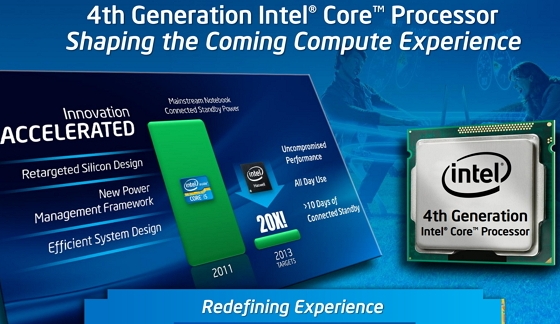 Intel gets to decide what goes into an ultrabook (to some degreee), because the company designed the platform and trademarked the heck out of it. PC makers can make as many thin and light laptops as they like, but unless they meet certain criteria, they’re not ultrabooks.

And in order to be a Haswell ultrabook, TechEye reports that basic models have to offer 9 hours of battery life, 16GB or more of solid state storage, voice assist features, a 720p camera for video chat, wireless display technology, and a $699 bill of materials or less.

That doesn’t necessarily mean these ultrabooks will sell for under $699 — but it does mean that Intel doesn’t want PC makers loading these computers with extraordinarily expensive components. That will help keep the starting retail prices relatively low.

Keep in mind, there’s a chance this “leaked” document could be fake… or that things could change by the time Haswell chips hit the streets in mid-2013.