The Amazon Kindle Fire HD  7 inch tablet comes with access to tens of thousands of apps from Amazon’s Appstore for Android. But there are more than 600,000 apps available in the Google Play Store for other Android phones or tablets.

While Amazon’s tablet doesn’t come with access to the Play Store, it turns out you can install it manually.

Note: The steps below explain how to add the Google Play Store to the original Kindle Fire tablet. If you have a Kindle Fire HD or other device, then you might want to check out a thread in the xda-developers forum on rooting that tablet and installing the Play Store. 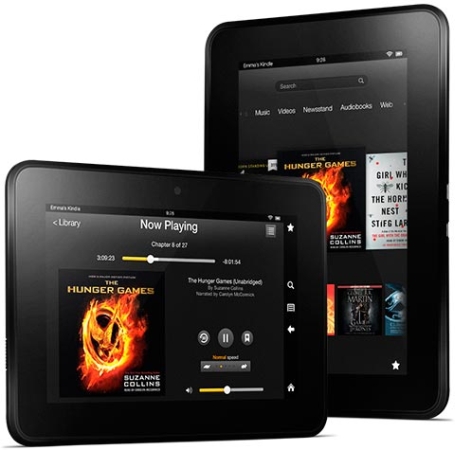 The first step is to root your Kindle Fire HD. Once you’ve done that, you can follow xda-developer forum member stopxwatch’s instructions for installing the Play Store.

There’s something important to keep in mind before you get started. Rooting your tablet and mucking around with the /system/ directory can be a bit risky. If anything goes wrong, you could end up with an unbootable tablet — and since the Kindle Fire has a locked bootloader, there’s no simple way to restore from a backup or re-install the operating system yet.

If that doesn’t scare you, all you need to do is download the GoogleServicesFramework, Vending, and Play files from stopxwatch’s links and follow his steps for installing them. You’ll need a file explorer that lets you browse root directories and change read/write permissions. ES File Explorer

are both available from the Amazon Appstore.