The first open source version of HP’s webOS operating system is now available. HP is releasing Open webOS 1.0 a little over a year after the company cancelled every phone and tablet designed to run earlier versions of webOS.

In other words, webOS lives on… you just can’t buy any devices that run the operating system yet. 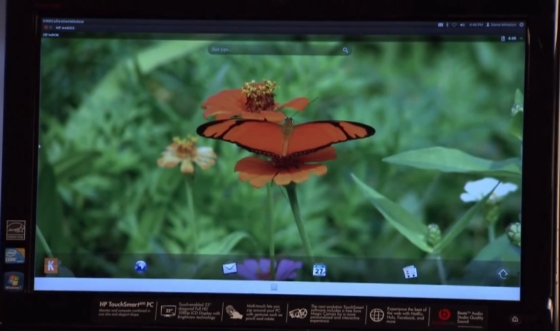 But since Open webOS is an open source operating system, it’s possible to port the software to run on a range of devices including phones, tablets, and even desktop computers.

It will be up to device makers to decide whether to ship new products with webOS… and up to members of the webOS community to port it to run on existing products. But HP has produced a demo video showing the touch-friendly operating system running on an HP all-in-one touchscreen desktop PC.

At this point it’s unclear whether Open webOS has much of a future — but HP isn’t focusing much on the operating system’s past. While it looks and feels a lot like the webOS 3.0 operating system that was released with the launch of the HP TouchPad tablet last year, Open webOS 1.0 won’t run on the TouchPad. It also won’t work on the Palm Pre, Veer, or Pixi smartphones.

That doesn’t mean independent developers won’t find a way to port the operating system to run on those devices, but HP isn’t promising any assistance.