The Barnes & Noble NOOK Tablet is a 7 inch tablet and eReader that ships with B&N’s custom version of Android. But folks have been rooting the tablet and installing their own custom builds of Android on the device since shortly after the NOOK Tablet hit the streets last year. 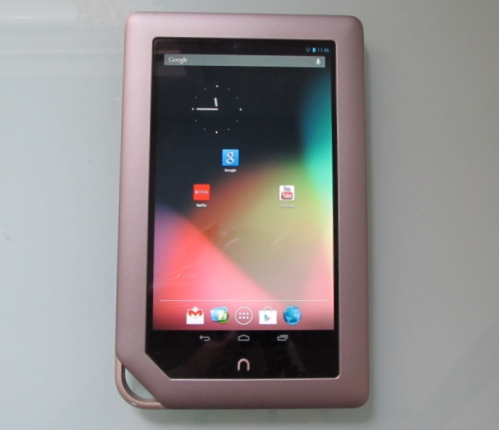 I took CyanogenMod 10 Alpha 0.05.1 for a spin this morning, and there are still some kinks to work out. The mic doesn’t work, the battery doesn’t last as long as it could, and the tablet unexpected reboots from time to time

For instance, the when I pressed the power button to turn off the screen once, the tablet wouldn’t turn back on unless I pressed and held the power and Nook buttons for 10-15 seconds to reboot the tablet. It also shut down unexpectedly when I left it with the screen off for a half hour, again requiring a reboot.

But sound, hardware video acceleration, touchscreen, WiFi, and most other important features are up and running.

When you install CM10 on the NOOK Tablet, you’ll get the version of Android 4.1 designed for 7 inch tablets, much like the version that ships with the Google Nexus 7 tablet. That means the notification tray is pulled down from the top of the screen, not the bottom. And screen rotation doesn’t work when you’re on the home screen.

If you’d rather see the user interface designed for larger tablets, you can install ROM Toolbox and change the LCD density until the 10 inch tablet UI appears.

If you already have a rooted NOOK Tablet with ClockworkMod or TWRP custom recovery installed, you can just download chrmhoffmann’s latest build of CM10 from the xda-developers forum and flash it using your custom recovery.

If you’re using a NOOK Tablet running Barnes & Noble’s custom version of Android and haven’t rooted the tablet, you can follow xda-developer forum member Indirect’s method for rooting the tablet and installing ClockworkMod Recovery. Alternately, you can also use GooManager Beta to install TWRP 2.2 on a rooted NOOK Tablet. 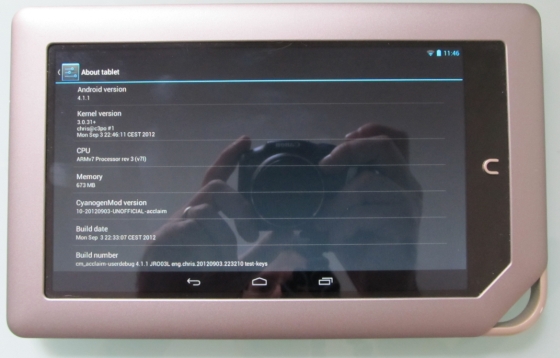