Hackers have been porting unofficial builds of Android 4.1 to run on the Samsung Galaxy Tab 2 (7.0) and Galaxy Tab 2 (10.1) since shortly after Google released its latest operating system. But Samsung has also been working to update its software, and now leaked builds of Samsung’s Android 4.1 software for those tablets has been leaked.

Sammobile has posted download links and instructions for installing these pre-release builds of Android 4.1.1 Jelly Bean for the 7 inch and 10 inch Galaxy Tab 2 tablets. 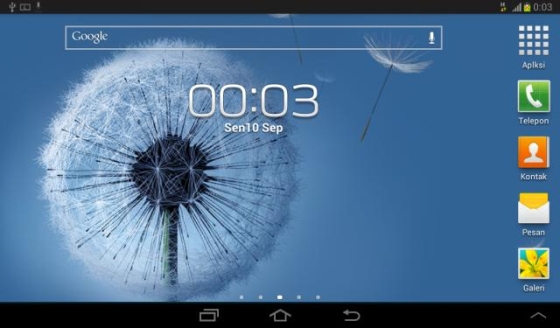 The leaked versions of the operating system are designed for use in India, but you should be able to use them anywhere in the globe.

Both download links are just a little under 300MB.

Keep in mind, this is pre-release software, so there’s a chance some features may not work perfectly. You also shouldn’t expect any support from Samsung if anything goes wrong when you try to install the software — this version of Android 4.1 wasn’t meant for public consumption, at least not yet.

You can find more details and discussion about these Android builds for the Galaxy Tab 2 tablets at the xda-developers forum. At least one developer is already porting the software to run on other Galaxy Tab 2 models (besides the model numbers listed above).

One reply on “Builds of Android 4.1 for the Samsung Galaxy Tab 2 tablets leaked”