Hot on the heels of news that Asus was rolling out an Android 4.1 Jelly Bean updated to the Eee Pad Transformer Prime in Sweden, Asus North American spokesperson Gary Key says the company will bring Google’s latest software tow the Transformer Prime and the Asus Transformer Pad Infinity within the next three days.

Update: Some Prime users are reporting that they’ve already received the update, but the Infinity update has been pushed back to next week. 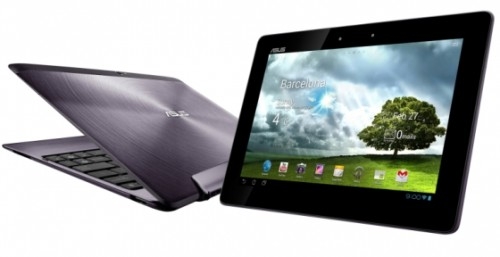 The updates should be available in the US and Canada this week.

The Eee Pad Transformer Prime TF201 is a 10 inch tablet with an NVIDIA Tegra 3 quad-core processor and a 1280 x 800 pixel display. It’s called a Transformer thanks to the optional keyboard docking station which lets you use the tablet like a laptop (and which nearly doubles the device’s battery life).

The Transformer Pad Infinity TF700 is nearly identical to the TF201, but it features a higher resolution 1920 x 1200 pixel display and a faster Tegra 3 processor.

Unfortunately Asus is also removing WiFi Direct with the update, and Adobe doesn’t officially support Flash Player on Android 4.1 Jelly Bean — although there are still ways to download and install it on devices running Jelly Bean.

The update also removes the Press Reader app from your device — but you can download it from the Google Play Store if you actually use it.