Acer offers a range of phones, tablets, and notebooks with Windows and Android software. But in China the company is hedging its bets by introducing a new smartphone that will run Aliyun OS.

Update: Reuters reports that the launch of the phone was canceled, with Google putting pressure on Acer to only support “compatible” versions of Android. 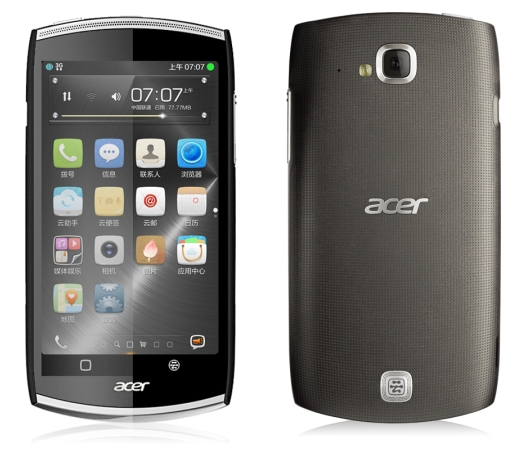 The Wall Street Journal reports that Acer officials chose Aliyun because it’s easy to use and offers a good user experience — but Alibaba’s growing strength probably doesn’t hurt at a time when PC and phone makers are looking for viable alternatives to software from Microsoft and Google.

Aliyun OS relies on web apps instead of native apps, and Alibaba has its own email and map services.

The Acer CloudMobile A800 will be available in China later this week for about $470.