The ZAP-A10 is a media player or mini PC designed to run Google Android. The little box measures 4.6″ x 4.6″ x 1.1″ and weighs less than 10 ounces, and comes with a media remote control.

You can hook the box up to a TV to stream music, movies, or other content over the internet, or to run Android apps on your TV. 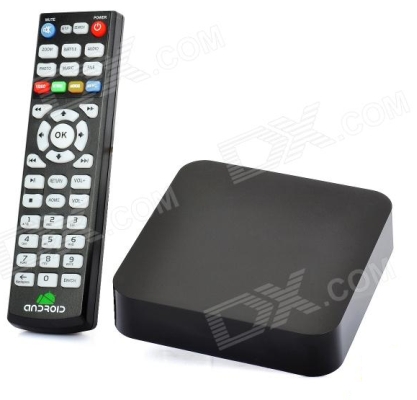 We’ve seen a number of similar Android-powered mini PCs hit the market over the last few months. As CNX Software points out, what makes the ZAP-A10 a little different is that it’s powered by a 1 GHz AMlogic ML8726-M3 ARM Cortex-A9 processor.

That’s the same CPU used in the Pivos XIOS DS set-top-box… which happens to be the first Android device to officially support the XBMC media center application for Android.

It’s not clear if that means XBMC will run any better on the ZAP-A10 than it does on, say, the MK802. But at least we know the hardware should be capable of running XBMC reasonably well.

That’s not bad for a device that costs just $86 at DealExtreme. The Pivos XIOS DX typically runs $115 or more.

According to a post in the DealExtreme forums, the device supports the Google Play Store (Android Market), but does not work with Netflix.