The Vizio Co-Star is a $100 Google TV set-top-box that lets you search the web, view online video, or run apps on your television.

When Vizio introduced the device earlier this summer, the company told us all about the USB port, HDMI ports, 5.1 channel audio, WiFi, Ethernet, and Bluetooth. But we didn’t know much about what was under the hood… until now. 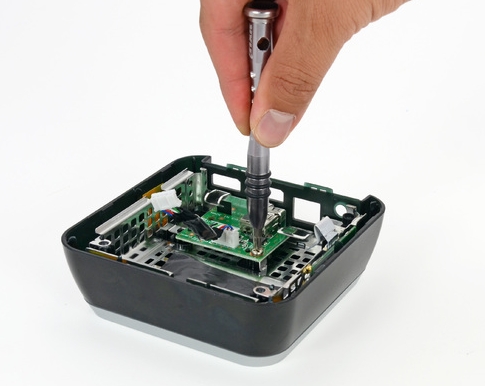 Now that the Co-Star is available to the public, the folks at iFixit took one apart to see what’s on the inside.

While the Vizio Co-Star is designed to run Google TV software, it sounds like a reasonably powerful little device, and I wouldn’t be surprised if someone found a way to run other software on it.