The MK802 is a mini PC with an ARM Cortex-A8 processor, 4GB of storage, and up to 1GB of RAM. It ships with a version of Android 4.0 Ice Cream Sandwich that runs reasonably well — but now the folks at TechKnowForum and Rikomagic UK have released a custom version of Android which takes up less space and runs faster on the tiny PC.

It’s called Uberoid, and it removes apps and features that aren’t necessary for the MK802, while updating some of the software that you probably do want. 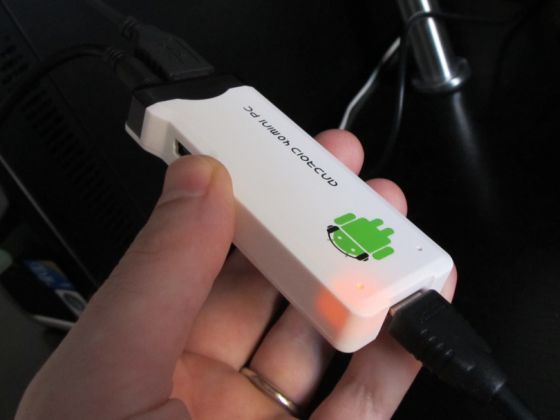 You can find download links, installation instructions, and more details at the Rikomagic forum. But here are some of the highlights:

The developer has also removed many of the apps that come preloaded on the MK802, freeing up space in the built-in storage.

The MK802 Android 4.0 Mini PC can also run a variety of Linux-based operating systems including Fedora, Ubuntu, and Puppy.

You can pick up the little computer from a number of sellers at AliExpress, most of which charge between $60 and $80 for the MK802.

4 replies on “Uberoid custom ROM for the MK802: Android 4.0 without any bloat”