For nearly 20 years, most laptop computers have shipped with touchpads for controlling an on-screen cursor, scrolling through text, and performing other gesture-based controls on Windows, Mac, and Linux-based computers.

The touchpad has changed a few times over the past few years. Most laptops used to include distinct left and right buttons below the touch area. Recently these have largely given way clickpads — large touchpads with the buttons built right into the touch surface. 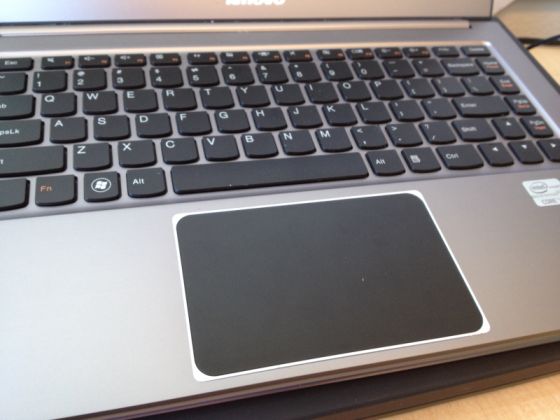 The company is calling its next-generation touchpad technology a ForcePad. At first glance, a ForcePad looks just like a clickpad — but there’s no clicking mechanism.

Instead, the entire large touch surface is pressure-sensitive. It can detect up to 1000 grams of pressure from up to 5 points at a time.

This lets you press anywhere on the ForcePad, use multi-finger gestures, such as 2-finger “right clicking,” or use some pretty cool new pressure-sensitive gestures.

Developers will need to write apps to take advantage of the new capabilities, but Synaptics is working with Microsoft to add support for a range of Windows 8 gestures.

Here are some of the things that you’ll be able to do with a ForcePad:

Ironically, while you can change the way the ForcePad reacts depending on how hard you press, one of the key selling points is that you no longer have to push down hard on the touchpad to “click.” That’s because there’s no clicking mechanism at all, which means that once ForcePads become the norm, you won’t find one laptop that has a harder-to-use touchpad than another based on a stiff clickpad.

Synaptics is also including an auto-calibration feature which should allow the ForcePad to adjust to its environment and offer consistent performance no matter what laptop it’s placed in. I’m skeptical, but intrigued about that concept.

2 replies on “Synaptics ForcePad is a pressure-sensitive, click-free touchpad for laptops”