Sony offers a few thin and light ultrabooks running Windows software, and a few mobile tablets running Google Android. But it looks like the company is preparing to launch a new computer that offers a bit of both worlds. 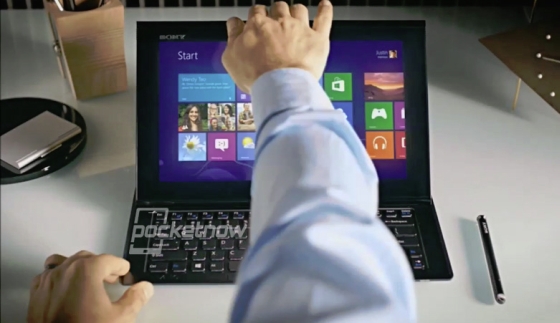 At first glance, the Duo 11 looks like a notebook. It has a full QUERTY-keyboard and an 11 inch display. But it features a touchscreen display, support for a stylus or digital pen, and a design that lets you use the PC in tablet or laptop mode.

The backlit keyboard seems to slide out from behind the keyboard, much like the keyboard on the Asus Eee Pad Slider, which means the touchscreen is always accessible, whether you’re using the keyboard or not.

That makes this style of convertible tablet a little different from old-school Windows tablets which could be “closed” like a traditional notebook by folding the lid down so that the keyboard and screen face one another.

It’s not clear what kind of processor or other hardware the Vaio Duo 11 has, but the pictures seem to show a PC running Windows 8 rather than the Windows RT operating system designed for devices with ARM-based chips. So it probably has an Intel or AMD CPU. 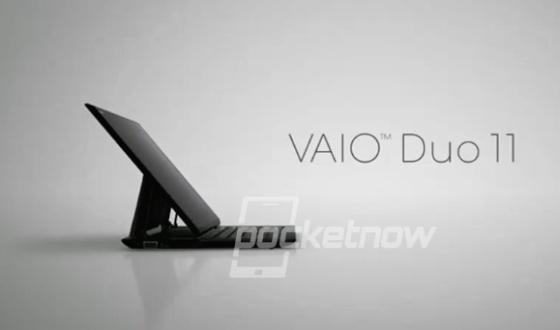